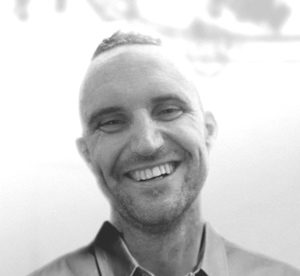 Rob Ride began his career in the visual arts as a VJ performing  at raves and festivals across Australia. Returning to study film at the Victorian College of the Arts, his graduating film 'A Little Problem' screened at numerous festivals around the world and received the the College's award for best comedy.

Rob has since forged a successful career as a VFX artist, first at global powerhouse Double Negative and then as CG Supervisor at boutique London studio The Brewery.  He has worked on 15 feature films and numerous music videos and commercials.

Rob has directed a number of commercial  animation projects, most notably he served as animation director on Iron Maiden's latest music video, Speed of Light. In 2016 he completed his third short film, Shudder. It marks a move towards integrating his two passions, directing and VFX.